WHY IS IT WORTH VISITING PALAZZO GRIMANI?

Why is it worth visiting Palazzo Grimani?

Among the many wonderful Venetian palaces, palazzo Grimani, situated in the Castello district nearby Santa Maria Formosa, is really worth a thorough visit.The Grimani, composed by many different branches, were one of the wealthiest and most influential families in Venice, especially during the XVI century, an epoch in which Antonio Grimani was elected Doge in 1521 and his grandson Giovanni became Patriarch of Aquileia in 1565. Actually we have to thank the Patriarch Giovanni for the enlargement, and for the decorations that we may appreciate still today. The economic fortunes of the Grimani family, instead, derived from Antonio Grimani, the future Doge, who made his fortune as a merchant trading between Venice and the middle-east during the last part of the XV century. Antonio was considered such a good business man that some of his fellow citizens tried to copy his investing moves, yet without the same success.

Who was Doge Antonio Grimani?

Antonio Grimani (1434-1523) was the first Grimani to be elected Doge in 1521. After him other two Grimanis were elected Doges, even if from other branches of the family: Marino (Doge 1595-1605) e Pietro (Doge 1741-1752). Antonio was born in 1434; his father was noble but not wealthy. while his mother did not belong to a noble family. His father died when he was only four years old and did not leave any particular wealth. Since a young boy, Antonio began to travel towards the middle-east and to trade between that area and Venice, becoming rapidly incredibly rich. Thus, in the second part of his life, Antonio was able to dedicate himself to a political career, with highs and lows. He bought the building we still can visit today at the crossing of saint Severo and Santa Maria Formosa canals. Inside the palace his grandsons dedicated to him a room called the Doge room decorated with some fine statues and beautiful pieces of precious marble.

Why is the Grimani sculpture collection so famous?

Among the many wonderful things you can admire inside the museum, certainly the most magnificenti s the Tribuna or Antiquarium. This wonderful room was very likely designed by the Patriarch Giovanni Grimani himself and it is inspired by the Pantheon Dome. This Antiquarium was built to host the collection of roman statues collected by Giovanni while in Rome. He lived there for some years in a “villa” on the Quirinale hill, where today is Piazza Barberini; digging in the garden many old statues were discovered and formed the core of the Grimani collection. This collection was later donated to the Venetian Republic and displayed in the Marciana Library. Nowadays most of the collection is back in the original site inside Ca’ Grimani.

Why a Salamander in the Palace?

Another good reason to go visiting Palazzo or Ca’ Grimani is to see the so called “Salamander”, an amazing sculpture discovered last year during restauration works. To reinforce a ceiling, a wall has been checked and behind it appeared an ancient fireplace with on the back wall an amazing sculpture representing a salamander, dating probably back to 1530s.

Who is Georg Baselitz and why some of his works are to be found in Palazzo Grimani?

A further reason to come visiting Palazzo Grimani is the art exhibition by Georg Baselitz entitled “Archinto“, homage to Titian and to renaissance Venetian art in general, (Filippo Archinto was an archbishop portrayed by Titian in 1558). Several large canvases and some sculptures that the German artist made on purpose to be displayed in the Palazzo Grimani, show a constant dialogue between contemporary art and renaissance period. Baselitz, an important figure in the contemporary art world, (he has also participated to different editions of the Biennale, and has held lots of solo exhibitions) decided to leave his works for a long period to the Grimani museum. In such a way the “palazzo” revives its function of a place devoted to protect and promote the “Arts” started by Giovanni centuries ago.

Text and photos by Andrea Donà 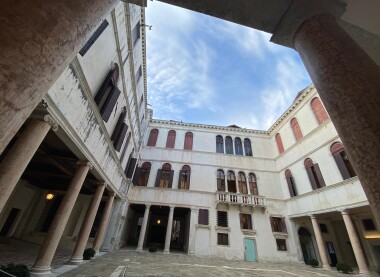 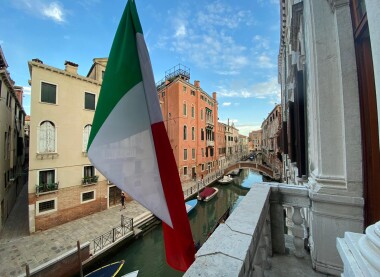 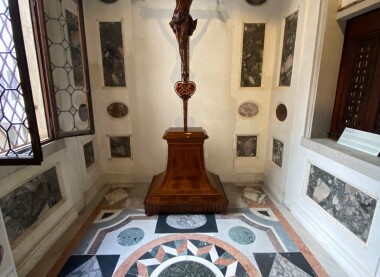 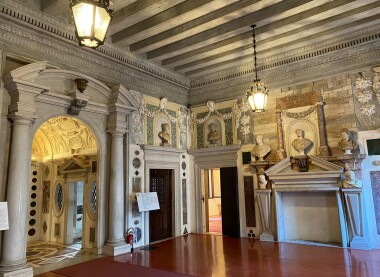 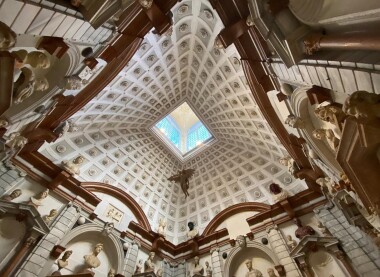 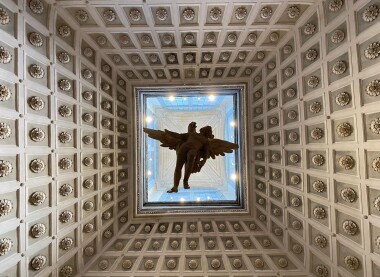 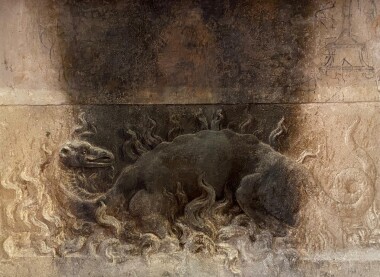 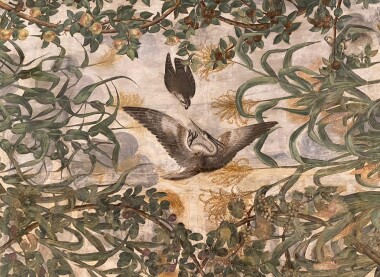 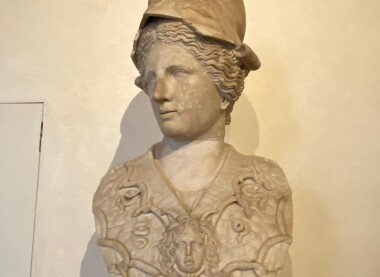 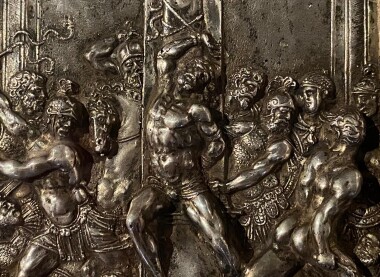 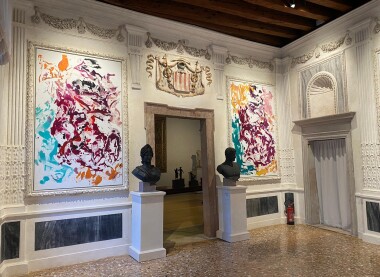 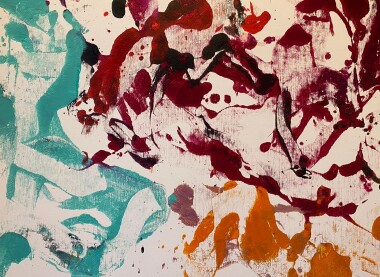 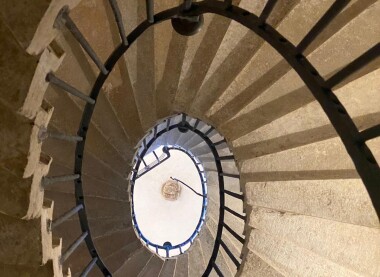