HOW TO DISCOVER THE SESTIERE DI CASTELLO?

How to Discover the Sestiere di Castello?

The Castello district is the easternmost area of the city and also the one closest to the Lido harbour mouth and to the other inlets that existed in the past. This is one of the reasons why the Republic of Venice decided to organize the factory in Castello for the construction of its fleet: the Arsenale. In Castello, however, there is much more to discover.

What is there to see in Castello?

A walk that starts from San Marco’s Square and wanders through the labyrinthine meanders towards San Martino and La Celestia is undoubtedly one of the most fascinating. It crosses one of the most typical area of the city and still today one of the most popular and inhabited, as well as one of my favourites. I like to start from Campo San Zaccaria and its church with its splendid façade that was begun in the Gothic period and was then completed in the Renaissance style by Mauro Codussi. The stories of the nuns of San Zaccaria are also very interesting, often forced to become nuns by their noble families they did not always lead a monastic style of life, this was in fact a monastery closely linked to the political power of the Republic and to which the Doge went once a year in procession.

Who lived in the Castello area?

The Castello area near the San Marco basin was also inhabited by various foreign historical communities, with their meeting places and churches. This can still be seen in the toponymy: calle dei Furlani (from italian region Friuli), calle degli Albanesi (Albanians), Ponte dei Greci (Greeks), Scola di San Giorgio dei Dalmati (Dalmatians), Grand Priory of the Maltese Cross. Continuing the walk after San Zaccaria you reach the area of the Greeks, with its beautiful church San Giorgio dei Greci and courtyard. However, what initially strikes the most is the crooked white bell tower that is clearly visible from the bridge. Another gem is the Dalmatian School decorated with Carpaccio’s paintings about San Gerolamo and San Giorgio.

What was the function of the Arsenal?

Continuing our walk, we arrive in front of the splendid entrance to the Arsenale. In this medieval factory, war galleys and other support ships were built. The Arsenale was basically an assembly line factory where thousands of workers entered in the morning at the tolling of the Marangona (one of San Marco’s bells) and left in the evening always at the sound of the bell. The workers were divided into groups specialized in making ropes, cannons, sails, masts, the skeleton of ships, the caulk, etc. Part of the Arsenale is still in use nowadays by the Italian Navy, a small part on the north side by private companies, a section is still to be recovered, while a large area is managed by the Venice Biennale and open to the public only during art or architecture exhibitions. It is no longer possible to see how the Arsenal was really organized, but entering it gives a vivid idea of how vast it was and using the imagination of what it might have looked like centuries ago. 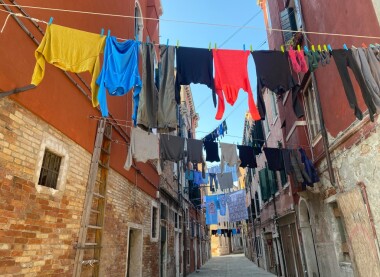 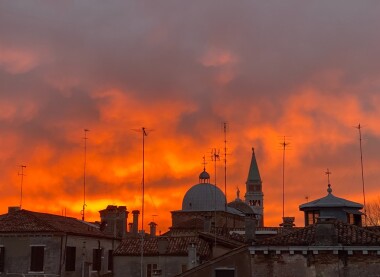 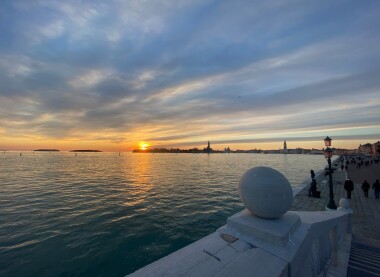 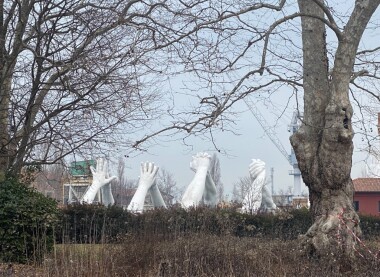 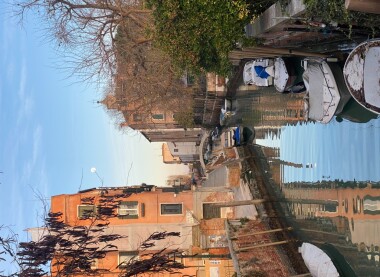