-Are you tired of the die-hard cliché of Venice as a city far from the modernity?

-Would you like to understand more and catch some of its spirit under a different perspective?

The Peggy Guggenheim Museum on the Grand Canal (Dosoduro Sestiere-District) – along with the Ca’ Pesaro Museum and the Biennale – is undoubtedly a must-see place. The Guggenheim collection, housed in the 18th century Palazzo of Ca’ Venier dei Leoni, is actually one of the most visited Venetian museums, with a collection including a broad range of genres, from Surrealism to Cubism and Abstract Expressionism. The aim of this post is not providing with advices about an itinerary inside the museum’s rooms. We prefer giving ten (more or less known) good reasons, which might convince even a first-time visitor to discover the Peggy Guggenheim. Among these reasons there is, of course, Peggy’s incredible life, but her love stories with big personalities and artists, as her second husband Max Ernst, will not be part of our focus. A short post would easily lapse into gossip, despite our intentions, while Peggy’s human dimension can be better understood watching through the “diaphragm” of the works she collected and the space of this Museum, which has been also the palace where she lived in from 1949 until 1979, when she passed away.

Why Peggy Guggeheim was such a successful and unordinary collectionist?

Peggy Guggenheim did not appreciate when someone called her a collectionist, while she was, without any doubt, a patron of the arts, a bohemian and a socialite. Her real initiation started in 1921 when she moved from NY to Paris, starting a new life among the American expats and the post-war artist of the bohemian French capital. She soon became close friend with people like Duchamp, Brancusi, Barnes.  Following faithfully her motto “buy a picture a day”, in 1938 she was already prepared to open, under the guidance of Samuel Beckett and Marcel Duchamp, her first gallery in London (the “Guggenheim Jeune”), hosting exhibitions of artists as Kandinsky and Cocteau. This “rule of life” was put into practice, until 1960, so coherently, that Fernand Legér’s “Men in the City” (1919) was purchased on the day that Hitler invaded Norway and the sculpture “Bird in Space” by Brancusi was a last minute acquisition, while the German troops were close to invade Paris and Peggy was ready to escape to Southern France.

Why Peggy Guggenheim decided to settle in Venice?

In 1942 Peggy opened a gallery in NY called “Art of this Century”, focusing on her collection of Surrealist, Cubist and Abstract artists, on temporary exhibitions of leading European artists and on the promotion of young American artists such as Rothko, Hare, Pollock, and many others. It was her “tribute to the Future”, when people were fighting for their freedom. However, Peggy had always been fond of Europe. She had always loved “The Old Continent” and she knew it was just a matter of time her return – time for the Nazi to be defeated and the War to be over. As a cosmopolitan traveler, she had always loved Venice more than any place on Earth, as she felt she could enjoy a kind of “happy loneliness”, in a city where nothing can be normal because everything (and everyone) is floating and where the reflections are more beautiful than the ones painted by the grand artists.

Why Peggy Guggenheim had chosen Ca’ Venier as her museum and home?

Amongst the many unfinished buildings and churches that you may find in Venice, the XVIII century palace on the Grand Canal Ca’ Venier dei Leoni is probably the most bizarre and fascinating one. Was Ca’ Venier named “dei leoni” after a legendary lion who lived in its garden, at the time of the Serenissima Republic? We will never know, but there are eight lion’s heads decorating the main façade at the level of the Grand Canal, while other urban legends are still circulating today around the intricate events which prevented the palazzo to be completed and, eventually, left without the “piano nobile”. Since 1910, Ca’ Venier had a kind of fatal attraction for rich aristocrats-bohemians as the Marquise Luisa Casati Amman, who rented it or the owners Baron Marzcell de Nemes, an art collector, and the Viscountess Doris Castlerosse. It is not difficult to guess why Peggy Guggenheim thought that Ca’ Venier dei Leoni perfectly suited her museum and home.

Why should I consider an itinerary focused on Peggy Guggenheim and Modern Art in Venice?

Imagine a city who had played a dominant role in the Mediterranean for centuries. What had remained of the Serenissima Republic after its fall in 1797? In the second mid of the XIX century, once the Venetians became Italians, they started to be increasingly aware (late but in time!) that, without a radical change of mentality and vision, their city would have been condemned to stay in a peripheral position, buried alive in the vestige of a glorious past. The Ca’ Pesaro Modern Art Museum, the Biennale and, later, the Peggy Guggenheim Collection share the same positive and innovative message: the relocation of Venice in the World as a city and a cultural-hub, with a long-term vision. This message speaks also the language of the Modern and Contemporary Art, acting on a urban theatre made of multiple stages and unique settings, as the aristocratic palaces and the pavilions of the Biennale Gardens.

What the Venetians remember most about Peggy’s biography and lifestyle?

A lot of people still remember her moving from one place to another by private gondola, dressing big and eccentric butterfly-shaped sun-glasses (still copied today!), with a dog in her lap, like a modern “dogaressa”. Peggy Guggenheim in some pictures looks like a diva, but her home was not an ivory tower. Patty Pravo, one of the most iconic and famous Italian singer, has declared that, as a teenage she often went to do her homeworks at Peggy’s home, eating together her home made pickled gherkins.

Which painting is the most representative of Peggy Guggenheim’s life?

It is hard to say. Could it be the Max Ernst’s masterpiece “Attirement of the bride” (1940)? It is a fact that the Surrealist painter was her second husband and that Peggy Guggenheim learnt from Duchamp the distinction between Surrealism and Abstract art in those seminal years in Paris before the WWII. Peggy and Max married in 1941, after their escape from France to the US, although it is largely believed that the figure represented in this painting, was Max Ernst’s lover, Leonora Carrington. Does it make any difference? Every single work in the Guggenheim Collection, from Mondrian to Chagall, Brancusi, Pollock, Picasso, De Chirico, Magritte, Fontana, Kandinsky (and many others) is telling us a lot about Peggy’s life, but her commitment and devotion to art was so all-encompassing, that she once said about herself: “I am not an art collector. I am a museum”. If you are skeptical about this statement, you can read her autobiography “Out of this century. Confessions of an art addict” before visiting this museum.

What are the secrets behind “Alchemy”, the famous painting by Jackson Pollock?

“Alchemy” is the first painting executed by Pollock, in 1947, with an innovative technique called “dripping”. The restoration lasted one year. It was carried out by the “Opificio delle Pietre dure”, in Florence. Luciano Pensabene, the curator of Peggy Guggenheim, was the coordinator of the studies and cleaned the painting with his team. Many unknown details were unveiled during this “made in Italy” restoration work, whose process was masterly documented, during the exhibition held in 2015, by a video, 3D reproductions, touch-screens, interactive kiosks, enriched with original documentation and items from Pollock’s studio at the Pollock-Krasner House and Study Center in Long Island, NY. Before the restoration, the general aspect of the painting was greyish, but the team of experts brought back to life 19 palettes, but they also discovered that Alchemy is not a painting on canvas, as it has been created by assembling a table-cloth on the loom of Pollock’s mother. In the meanwhile, the high-power microscope analysis made leaded to discover that the dripping technique is anything but “casual”: Pollock did not drip the colors on the surface almost randomly, because certain counterpoints and symmetries are not achievable without a sort of planning and control of the dripping technique.

What makes Peggy Guggenheim’s garden so special and different from other Venetian gardens?

It is not just old and modern at the same time, displaying some works of art, especially sculptures. This is quite a common feature in many Venetian gardens. Here you can find the tomb of Peggy Guggenheim, who asked that her ashes had to stay in the same corner where she had buried her beloved Lhasa dogs. It is the only museum in the World with its curator and her pets buried inside. “I am not a collector. I am a museum”!

How were the relations between the city of Venice, Peggy Guggenheim and her museum?

Peggy Guggenheim, in 1962, was nominated “Honorary Citizen of Venice”. After her proposal to donate everything to the city of Venice was denied, the Palace and the Museum were finally donated to the Solomon Guggenheim Foundation in 1976.

What does the Peggy Guggenheim Museum mean for the city of Venice today?

This post is going to be long as thousand years of Venetian history. Come to visit Venice and the Peggy Guggenheim Collection, make your own idea and share it with us! 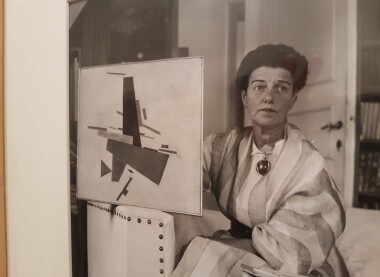 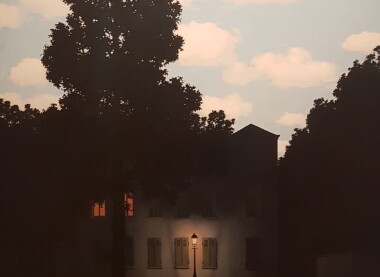 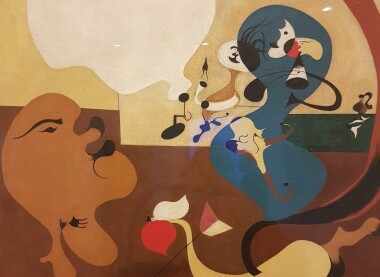 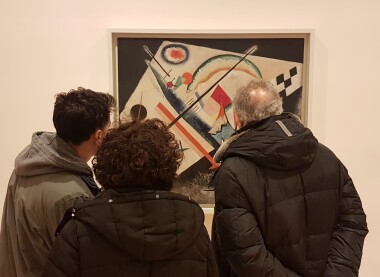 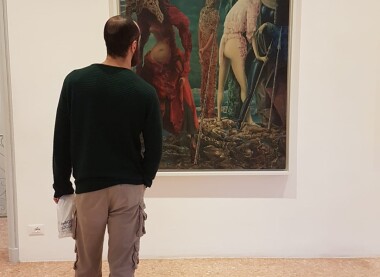