MURANOLOGY, THE FIRST ON LINE GLOSSARY ABOUT MURANO GLASS FROM A TO Z: LETTER C AND D

Muranology, the first on line glossary about Murano Glass from A to Z: Letter C and D
C as Conterie (glass beads used for jewels), followed by D, as Donne (Women)! We know it might sound obvious that beads and women are a match made in heaven, but there is much more to say when this match takes place in Murano.

What is the meaning of “Conterie”?

The etymology of this term is probably the Latin word “comptus” > “contigia” > ornament. In the ‘800 there was the belief that “conteria” came from the act of “contare”> to count, because the beads were frequently used as a sort of exchange currency in different part of the World and, sadly, also in Africa for the slave trade. Every kind of bead, from the typical “rosetta” (created by Marietta Barovier in the XV) century to the tiny pearls, were called “conteria”, but since the early XX century the term was specifically referred only to a bead obtained by cutting a slice of a holed glass cane.

Why there is a place in Murano named Conterie?

Because in 1898, 14 local companies founded the Venetian Society for the Industry of the Conteries, and they relocated their entire production into a huge 22,000 square metre common complex between Palazzo Giustinian and the Basilica of San Donato. This new area became the headquarters of one of the most important industrial companies in the island’s history, with its 18 gas ovens for rounding off the beads, 3,000 workers in total (between 1940 and 1970) able to produce 45,000 tonnes of beads!

Are the Conterie still working today?

In 1993, due to an economical crisis, the industrial complex was closed, but Ex Conterie are among the most iconic buildings of the island of Murano. A part of them have been recently destined for residential use and redeveloped, by the opening of commercial activities such as hotels, shops or craft workshops.

Is there any interesting place to visit at the Ex Conterie?

Yes, of course! “Punta Conterie”, for example, is an important private redevelopment project combining the promotion/exhibition of the art of glass between tradition and the contemporary, with wine and gourmet food within a unique industrial archeological context, with an amazing view on Navagero.

Did the women play an important role in the conterie and in the glass industry?

Yes, they did, since Marietta Barovier opened a new path for the first female job recognised in the premodern era in Venice. A lot of women started to be involved in the lampwork glass and, as “impiraresse”, in assembling jewels. And today women are still the majority of the lampwork glass artisans and among the best artists in this technique.

Why the furnace, compared to the conterie, remained for a long time an exclusive male-managed working space?

We cannot explain all the reasons in few words, but if you visit a furnace today you will immediately realise that this job requires a lot of strength and, in the past, there was a big physical gap between men and women.

Are today women active also in the furnace?

Yes, women today are not limited to conteria and lampwork glass, but they are starting to work successfully in the furnaces as their male colleague.

Any example of an item created by women in a furnace?

At the Glass Week 2021 we met a company-team of female artists named El Cocal (The Seagull) who have created a drum set made of glass! And these percussions reproduce the industrial sounds of a furnace.

Is the lampwork glass limited to beads?

No, the lampwork glass can be much more than beads: goblets, micro-chandeliers, perfume-bottles, animals, plants, etc. There is no limitation to the fantasy. The only problem is the size of the item you want to create. A lampwork glass studio is like a micro-furnace with a naked little flame, a desk and cooling oven as big as shoebox.

Here in the pictures, we have a composition of flowers and plants by Alessia Fuga dedicated to the some of the special persons she met in her life. Every person tells a story. Every story is a little plant made with lampwork glass. 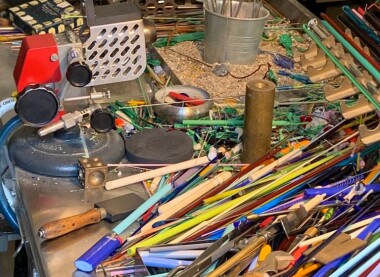 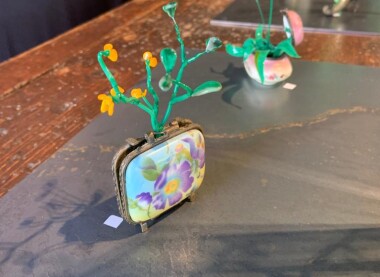 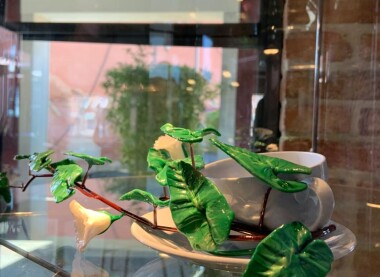 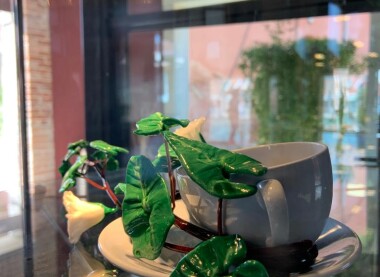 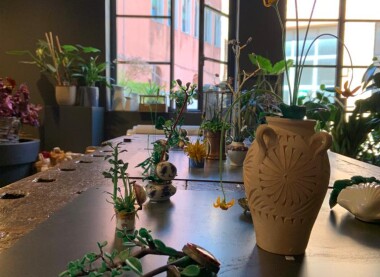 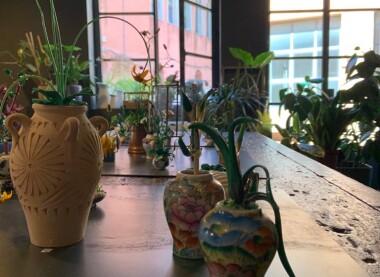 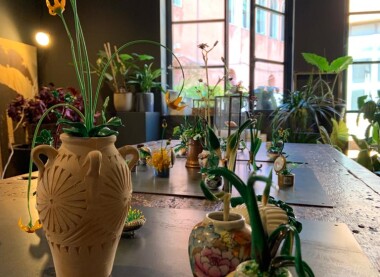 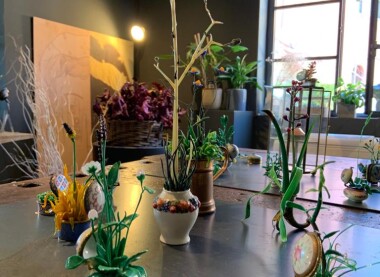