MURANOLOGY – THE FIRST ON-LINE GLOSSARY ABOUT MURANO: LETTER A

Muranology – the first on-line glossary about Murano: letter A

In Muranology Last post we decided to start in a quite unusual way, from the letter “M” like Murano, Murrina and Millefiori, etc. We should have continued with the letter “U” followed by R – A – N – O, but we have finally given up: temporarily we do not have any word in “U” coming to our mind, because of this hot and muggy weather. Therefore, let’s start again with the letter “A”, like “ampolla”, “ambra”, “ametista”, “arsenico”, “amore”, “avventurina”, “Abate Zanetti” and many other words, more or less related to the glass, but for us one of the most representative name starting with “A” is Angelo Barovier.

Why Angelo Barovier is such an important name?

Barovier&Toso, established in 1295 and joint in 1942 to the company “Vetrerie F.lli Toso”, is one of the oldest family factory in the World! And Angelo Barovier will be forever remember and celebrated as one of the most prominent genius in his field. The story of the art of glass making in the Venetian Lagoon has a lot of pages, but it can be divided, in a broad sense, in two main chapters: Murano before and after Angelo Barovier. Angelo Barovier is nothing less than the man who discovered the way to make the glass crystalline, transparent! We do not have to forget that the non-colored glass, at the time of the Romans, for example, had always been more or less greenish or yellowish, due to the impurities. The academician Angelo Carbone described Angelo as “optimum artificem crystallinorum vasorum” (the best craftsman in a vases crystalline). It happened around the year 1450. In 1455 a decree of the Serenissima Republic gave to Angelo Barovier the privilege to be the sole and exclusive producer or “crystalline glass”. It was the beginning of a revolution in the production and in the way of living the glass in the everyday life. Can you imagine the emotion of someone seeing the color of the wine through the glass for the first time?

Was the Murano glass transparent only in the neutral color?

No, Barovier found a technique to purify the glass and was able to reach a high level of transparency also in the colored glasses. The legendary “Coppa Barovier” (1460), although it is still debated whether created by Angelo Barovier or by someone else, is a magnificent example of Renaissance wedding-cup made of blue glass, calcedonio glass paste and hand-painted with gold and enamels, depicting a bride and a groom riding horses and a fountain of youth. The Murano Glass was surely ready to cross the borders Venice Republic, as it was highly appreciated in the European Courts and beyond. Its fame still shines today: it appeared in the movie Moonracker, where James Bond himself did not manage to save it, during a fight against a samurai in the Glass Museum.

Was the name of Angelo Barovier famous beyond the borders of Venice?

Yes, it was. Being the inventor of the transparent crystalline glass and, allegedly, of many others techniques as the “calcedonio glass paste” (imitating the coloring effect of natural stones), Angelo was a successful man. Thinking how long it took to travel from Venice to Milan in the XV century, it is quite impressive that Filarete (Antonio di Pietro Averlino) –  the architect of the Maggiore Hospital in Milano (Ca’ Granda) –  had dreamt to have his ideal city “Sforzinda”, dedicated to the Duke of Milan Francesco Sforza, decorated with glasses by Angelo Barovier. Nevertheless, Sforzinda City remained just a dream on a paper.

Was Angelo the only glass-master in his family?

No, he was not the only one. His daughter Marietta played a very important role too in the development of the art of glass, but this is another story and another letter: “M” like Marietta. Stay tuned! 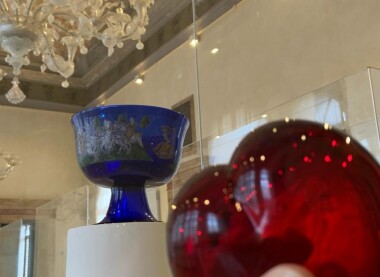 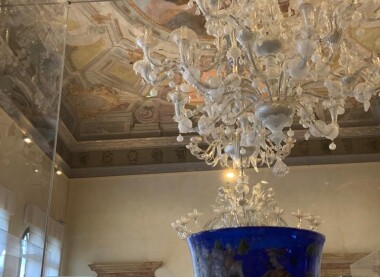 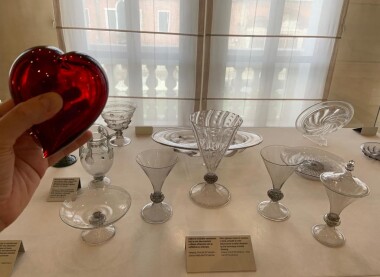