THE ULTIMATE GLOSSARY ABOUT MURANO

The Ultimate Glossary about Murano.

Welcome to Muranology, the first on-line glossary about Murano Island, from its origins in 1291 to its present and its future, from A to Z. It is a work in progress and a tribute, expressing our unconditional love to Murano and its glass masters. Stay tuned! Today we start from the letter M.

Why the letter M?
Because it is the initial letter both of “Murano” and “Murrina”, a word whose form and sound is very close to Murano, though it is quite misleading. Anyway, Murrina – especially its version “millefiori”/“thousand flowers”– is one of the most famous products made in Murano.

Murrina is one of the most famous glass product and, in the meanwhile, a set of very fine techniques. Murrina is often associated to the colors and shapes of the “millefiori” glass and/or to vases, jars, beads for necklaces, bracelets and earrings, and many other items.

Does the name Murrina derives from “Murano”?

No, but it is a lucky coincidence that the two words sounds together so well that they looks like in a lexical relationship! While Murano probably derives from the Latin toponym “Amurius”, Murrina is a word invented later, in 1878 , by the Abate Zanetti, one of the greatest innovators of the Murano Glass.
What is the word Murrina referred to?

Murrina means “Muhrra”. In the ancient Roman city-port of Altino, located not far from Murano, in the mainland, there were a lot of furnaces specialized in multicolored vases made with special glass fusing techniques and flour spar minerals. It is likely that “murrha” could be related to “myrra”, as the vases often contained perfumes. The Byzanthines called “myron” all the perfumes, while “Μυροφόροι” (myrophoroi) were the women who brought the myrrh to the sepulchre of Christ. In the Roman city of Altino the production of murrha vases was so massive that the cinerary urns were made of glass instead of earthware or other materials!
Is the modern and contemporary Murrina somehow comparable to its ancestor Murrha?

Yes, they have quite a lot in common. In the Middle-Age the skills of making the “murrha” seemed to be irreparably lost. During the XVI century there were many attempts to imitate the ancient “murrha”, but only Vincenzo Moretti, a top master of the prestigious furnace Salviati, in the second mid of the XIX cent was able to discover the secrets behind these very ancient techniques, and make them revive into a fully modern and upgraded version. 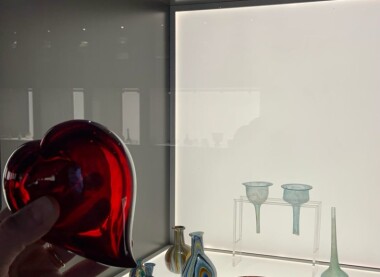 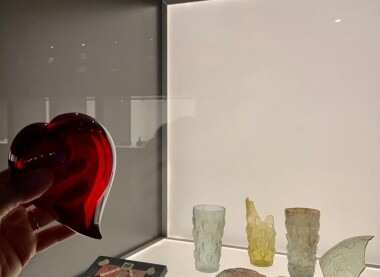 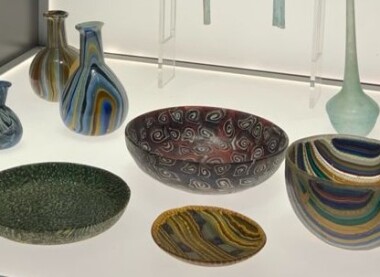 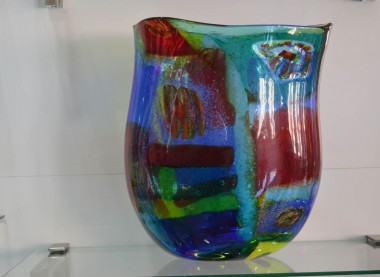 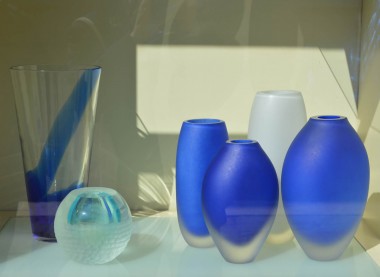