MURANOLOGY, THE FIRST ON LINE GLOSSARY ABOUT MURANO GLASS FROM A TO Z: LETTER G

Is there any relevant example of the International importance of Murano glass products in the early centuries?
The Murano mirrors are a special case in point. First the transparent glass (see letter A, Angelo Barovier) in 1450 and, afterwards, all the improvements, during the XVI century, in producing beautiful mirrors, able to reflect the images without deformation, paved the path to a radical change in the fashion of the interior architecture. The mirrors will soon become as big as paintings and enriched with frames finely decorated. In the XVII century Murano is considered like a monopolist in the market of the luxury mirrors.

What about the Industrial secret?
It was usually well protected, but sometimes there could be some troubles. Despite all the efforts of the Council of Ten (Consiglio dei Dieci) in maintaining the control on the local production, in 1664, the French ambassador in Venice, Piero Bonsi, received the order by the Minister of the Economy of the King Luis XIV, Jean Baptiste Colbert, to convince some of the Murano glass masters to escape from the island and relocate their activities in Paris. The task was, unfortunately, very well accomplished. This is considered one of the oldest case of modern Industrial espionage.

Was the artistic glass made only in Murano?
No, Murano was not the only place. In the rival Republic of Genoa there was a rural village named Altare, quite famous for its furnaces, documented since the XII century. According to some historians, Altare seems to have benefited from the cross-influence of the Benedictine monks, as well as of some middle-eastern, Tuscanian and even Venetian masters who migrated (or escaped) to the Genoan Republic! The masters in Altare were not as prolific and creative like those in Murano, but they gave a relevant contribution to export in Europe the so called “façon de Venise” artistic glass, because they had much more freedom to travel outside the borders of their Republic, compared to the masters from Murano. In Altare the art of blowing glass is still alive today.

And what about the bohemian crystal?

Stay tuned and we will come back! We will probably need to linger on G letter a little bit more… 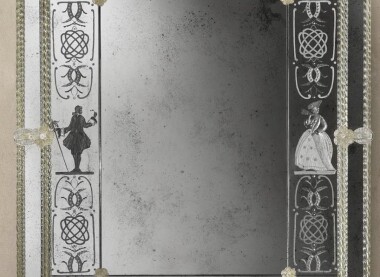 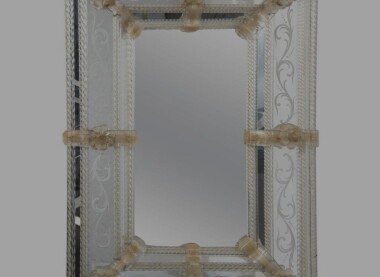 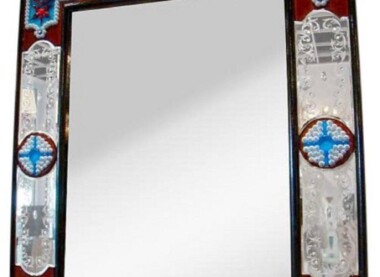