MURANOLOGY, THE FIRST ON LINE GLOSSARY ABOUT MURANO GLASS FROM A TO Z: LETTER E AND F

Muranology, the first on line glossary about Murano Glass from A to Z: Letter E and F

“E” as Ercole Barovier, “F” as Formula. Last week the match made in heaven was between “D” (donne-women) and “C” (conterie – beads), but this time the matching between the genius personality of Ercole and his inventions reveals one of the most typical and age-old problems of Murano Glass: the formulas went often lost!

Who was Ercole Barovier?

Although Ercole (1889-1974) represented the furnace in Murano with the longest family tradition (since 1295), he had remained almost out of the world of the glass until 1926, when he officially started to work at the “Vetreria Artistica Barovier&C.”(Barovier&Toso), at the age of 37, after a degree in Medicine. He arrived late but in time, if we consider that he gave a crucial contribution to the development of new techniques and formulas, expanding the horizons of the XIX century glass, along with other great names like Martinuzzi, Zecchin, Scarpa, Borella, Bianconi, etc. Ercole will be always deeply influenced by the colors and the modern shapes of the unordinary murrine produced in his family factory – and firstly admired at the Exhibition of the Rebel Artist at Ca’ Pesaro in 1913 (in such a way that he will also create the “neomurrina” later, in 1972) – but in the meanwhile he was an effortless and brave experimenter. He wandered among the liberty, the reinterpretation of the baroque and a peculiar taste for the archeological shapes, from blown animals to vases, often discovering innovative formulas and techniques.

Was Ercole Barovier a glass-master?

No, Ercole was not a glass-master at all. He could be considered a kind of “outsider” within his family tradition, able to bring new perspectives. As many glass-designers, he had a great knowledge of the different processes behind the glass making, but he was neither a designer in a strict sense. He loved to experiment his ideas or intuition together with a trusted master, in a very direct way, spending hours and hours in the furnace. His approach to the design was extremely empirical, almost turning the creative processes upside-down. The most successful models were highly characterized by the originality of the “texture” (colors and decorations), while the shapes remained often very traditional or, apparently, quite simple.

What are the names of the techniques and the formulas he invented?

The first “rostrato” on transparent glass, made in 1938, is, still nowadays, probably the most famous (and patented) technique, consisting in pulling the glass with the pincer, enriching the surface of the items (once the glass is cooled) with a lot of irregular (but similar) tips, in a way that the light is reflected in a very special way. The Barovier&Toso today has a rostrato lamp named “Ercole” among its classics. In the ‘30s Ercole largely used also the technique “colorazione a caldo senza fusione”, a way of adding the colors to the glass without melting. How? It consisted in inserting between two incandescent slabs of transparent glass some chemical substances, which will react generating stunning chromatic effects. A great success was also the “Rugiadosi”, in 1940: “rugiada” means that the item, thanks to the insertion of micro transparent glass fragments into the mass, will shine like the early morning prey under the sun. There are many other techniques and formulas, but a legendary one remains the renowned “Primavera”, discovered by casualty. Primavera is a milky-white semi-transparent craquelé glass.

Is there any contemporary production of Primavera-style glass?

No, unfortunately, the formula went lost very soon, and there are no replicas of Primavera glass, after the 1930 Biennale. We know that it might sound sad, but on the other hand, this story tells a lot about Art. If you prefer not to run any risk, Art is probably not for you, but if you love mysteries, the unrepeatable and the alchemic feeling, Murano is the right place to visit. Stay tuned! 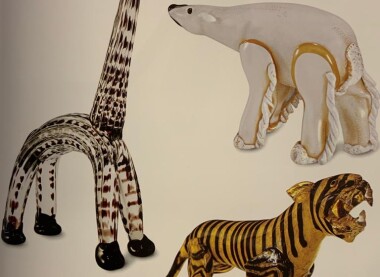 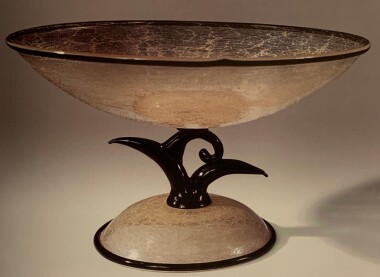 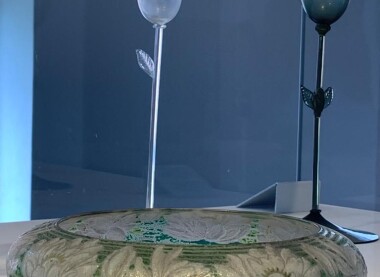 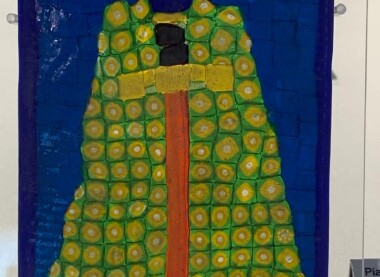