MURANOLOGY – THE FIRST ON-LINE GLOSSARY ABOUT MURANO: LETTER B

Muranology – the first on-line glossary about Murano: letter B

Welcome back to “Muranology”! Muranology is our on-line glossary about the island of Murano and its artistic glass. Last time we had the pleasure to start from the letter “A” -like Angelo Barovier, whose seminal work, back in 1450, represents a first crucial turning point in the development of the glass industry, since he was the first who discovered the formula for the transparent glass, or so called “vetro cristallo”.

Why the letter B is a good letter?

A is followed by B and we could easily keep talking about Barovier – by mentioning the prestigious factory Barovier&Toso or Marietta Barovier, Angelo’s daughter, a timeless inspiration for the female entrepreneurs and the lampwork glass artists – creator of first “chevron bead” called “perla rosetta”, still largely produced today. B like Barovier, (Barovier&Toso e Barovier Marietta), B like Beads (perle), B like …But for this time we prefer to switch to another topic, landing on the ground of the working tools.

Why is it important to understand the working tools used by the Murano glass masters?

Most of the tools are still the same ones used in the old times. They have been part of the everyday life of the masters, from generation to generation, becoming a kind of piece of their DNA; and “B” is also the initial letter of “Borsella” and “Bronzin”.

Do all the glass masters use the same working tools?

Yes, they basically use a common set of working tools since the Middle-Age. And not even many ones, just the few essentials.

What is the name of the pincer?

Borsella is a special pincer and a kind of extension of the hand, heart and mind of the glass artist, like it could be a brush for a painter. This very simple but multi-function tool can be used in thousand different ways, from sculpting little animals or the leaves of a luxury Rezzonico- Briati style XVIII cent. chandelier to giving the shape and opening the mouth of a blown vase or a jar, and much more.

Do the masters have a working desk?

Yes, of course! B like Bronzin. As the incandescent mass has been picked up from the oven, stuck to the top of the pipe, you will probably see the masters giving a first shape, with very precise and quick movements, by rolling or pressing it on the surface of a little iron desk, called “bronzin”.

Why the working desk is called bronzin?

Because once it was made of bronze.

Any other example of using the bronzin?

Knowing how to roll the glass on the “bronzin” is a very important basic skill, which will probably leave you speechless when a master starts, for example, to create a vase, a jar or a cup with the filigrane or with the murrina millefiori. Before blowing, you will see the incandescent mass rolling for a while on the bronzin and picking up pieces of murrina or glass canes of filigrane: different glass items will be magically joined together without losing their own features. Once finished, before going into the cooling oven, you will see the colours gradually coming out, as the temperature drops, and the murrina or the filigrane will appear again, like they were painted on the surface, perfectly recognisable but in a different and definitive shape, thanks to the magic hands of the masters and their art of blowing with the pipe. 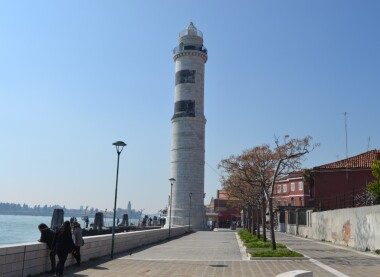 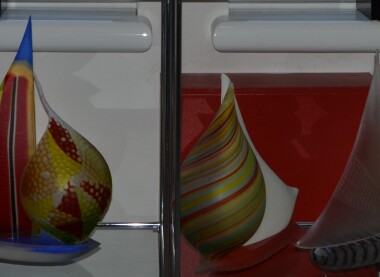 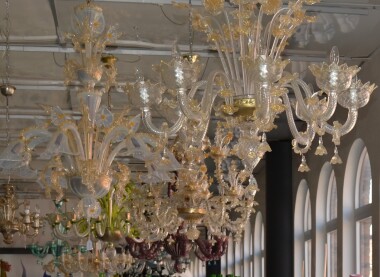 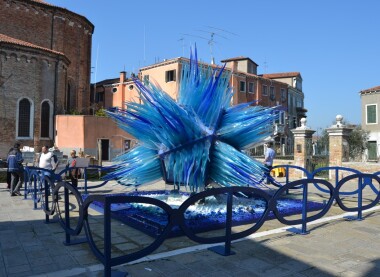